written by CreativeRosh December 8, 2014
The post is based on a assement i was given in my campus and the Question is mentioned here
Q:Write a tcl script that forms a network as follows

Place buffers in regional router’s brown links as well as to blue links with size 20.
Break down the brown link of node 2.
Suggest any way to transfer packets between blue nodes.
Create a TCP packet transfer inside any region in between green and blue nodes with default packet size
Explain briefly about the obtained trace file.
Network engineer suggest that to create router 0 as the wireless router and all others as wireless nodes, give some pros and cons regarding this.
So the answer is as follows as all the comments are put correctly i hope you can understand it easily! 🙂
· So the discription about the scenario is this
After the break down of the brown link of node 2, the packet transfer path between blue nodes is disconnected. To keep the packet transfer we can suggest, break down brown link after the end of packet transferring between blue nodes. Thus we can suggest to have link between central router and internal router.
·    We can use internal router to transfer the packets between internal nodes. It is good to have direct link between both internal routers. Then we can transfer packets between different internal nodes.
·    The central router should be the main point in the network so we can make the link between nodes to have a big band width and a better time delay. And the queue size should be high to reduce the number of drop packets. 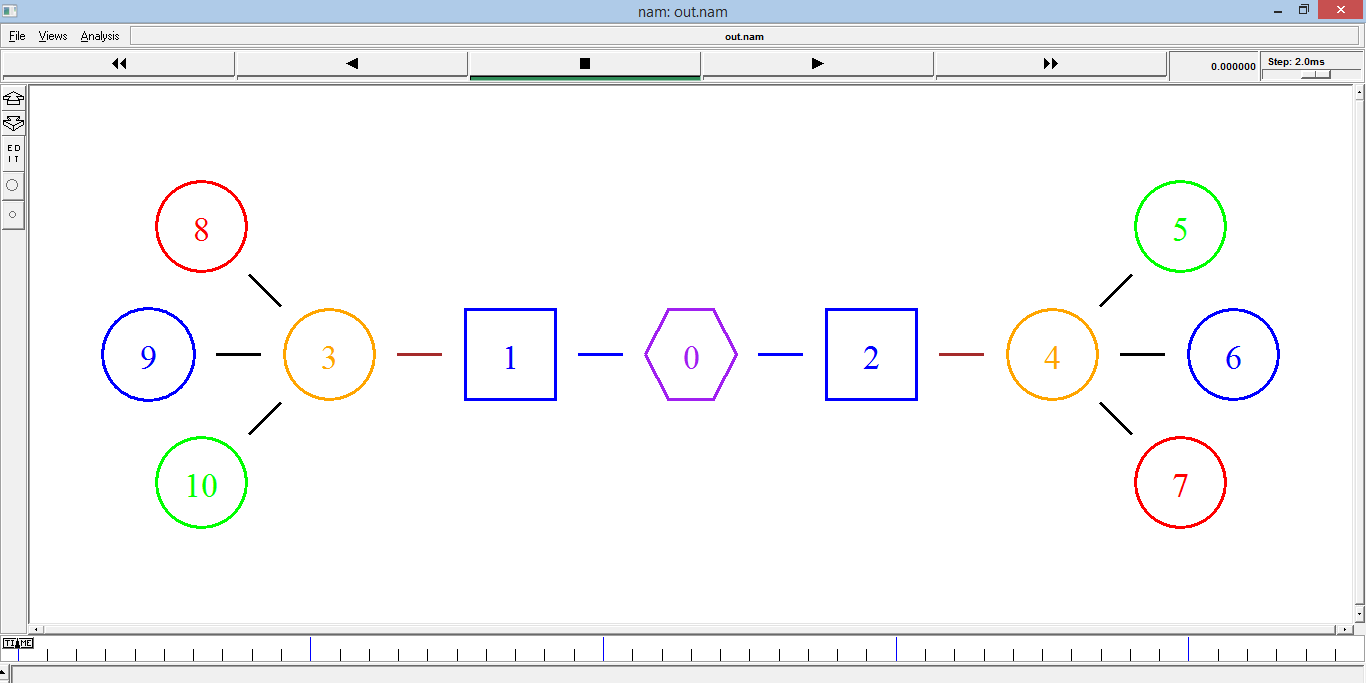 when you create the simulation and as we have coded to have a nam and tr files.those will be saved in the location original simulation code is.So lets see how this trace file is organized.The image was taken from internet i couldn’t remember the link 🙁 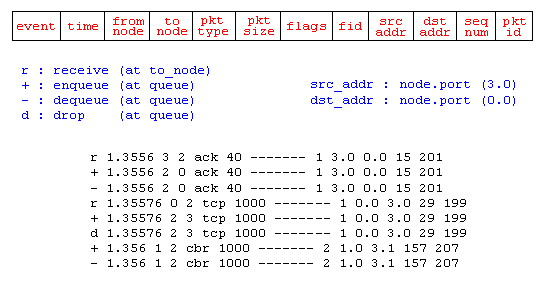 A book worm,a Technology enthusiastic. Computer Programmer and a researcher on IT related fields!

This website uses cookies to improve your experience. We'll assume you're ok with this, but you can opt-out if you wish. Accept Read More